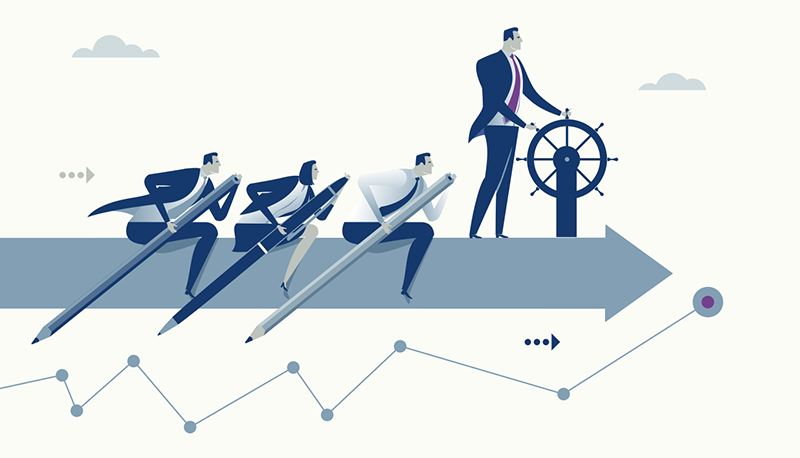 “The Future is disorder. A door like this has opened up only five or six times since we got up on our hind legs. It’s the best possible time to be alive, when almost everything you thought you knew is wrong.”

Disruptive technologies have jolted the world and while we are getting acclimatized to this new way of continuum - the only thing that’s certain is that nothing is certain.

In this riot of ambiguity and surprises, the habitual ways of management become as good as fossil. Before you get disheartened, here’s the silver lining of this disguised opportunity cloud – these are also the times when our world is running on knockout steroids of innovation and creativity when we are living both in fear and admiration of the developments around. Things don’t make so much sense and we are hard-pressed to rethink our leadership ways. Senior leaders are now transitioning to Creative Leadership which has emerged as the new Alpha and Omega of the business world.

Experts have gone creative with creative thinking definitions and a handful of them can be found spilled around. But, almost all of them have built the concept around flexible leadership in light of need, context and culture. Such leadership is driven on “innovative thinking and mission-driven entrepreneurship”. Individual accomplishments take a backseat for creative leaders and their prime motive is to bring contributors together.

Creative leaders think like entrepreneurs and Startup owners. They continuously challenge their own ways of working and place greater good at the focus.

Before we delve deeper into the intricacies of Creative Leadership, here’s a wider rundown on the whys of it:

The brightest concepts are mere concepts until their validity is checked in practice. These two use cases explain the extent to which Creative Leadership can impact lives and businesses:

In Ranthambore National Park, India, Dr. Govardhan Singh Rathore had a tough task on his hands when he took the reins of the protected forest land in his hands. Local farmers were ruthlessly decimating the forest lines by trimming forest canopy for firewood. Bereft of adequate fodder, their cattle often digressed to the park vicinity risking encounters with endangered forest tigers. The inevitable knocked. Tiger attacks shot up and piqued villagers became acquiescent of tiger poachers. Net result: Tiger poaching escalated.

Use Case 2: How Chris Anderson Established 3D Robotics as the largest Drone Maker in the US?

When Chris Anderson, CEO of drone-maker, 3D Robotics, launched his drone website, his prime concern was finest-innovation at minimum-cost.

Leadership Then and Now:

Creative Leadership is the way ahead. That brings us to the question how you can become a Creative Leader? John Maeda and Becky Bermont, 2016, created a list of traits in Creative Leaders and benchmarked them against the traits of authoritative leaders. Take a look: 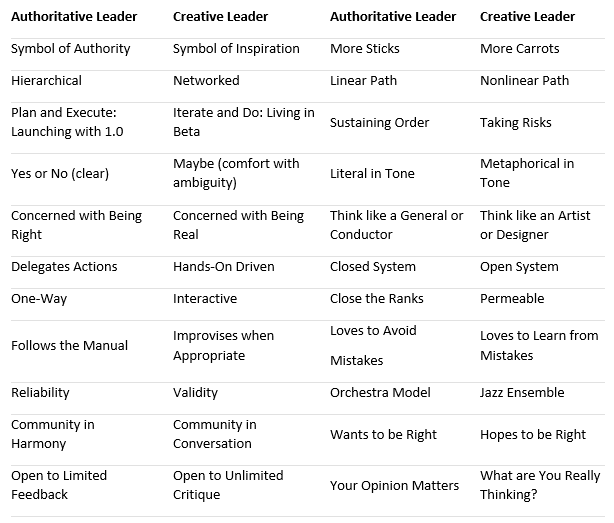 Some More Food for Thought…

BBC dropped the information bomb around the life expectancy of young companies slumping to one-third of what it used to be in the 1990s. A company that could have steadily cruised for 50 easy years back then will now have a hard time keeping its head above water for over 15 years. What’s worse - This number is slumping fast.

Our quintessential business schools have been promoting linear thinking with definite causes leading to definite results. This approach runs diametrically opposite with the kind of anomalous leadership that’s thriving in today’s time. It seems radical concepts like Creative Leadership need time and effort to bloom. But is the change truly so radical because Einstein had predicted the change decades back when he listed creativity and innovation as the “most crucial skills of 21st century”?

While you ponder over these, try Creative Leadership by: 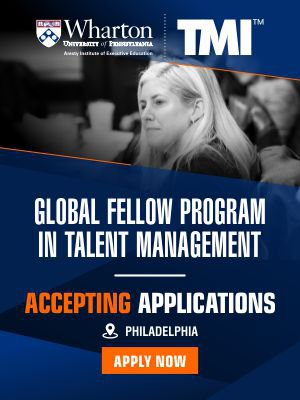 Get the latest Talent Management Practices delivered to your inbox.

Your Subscription is now active. 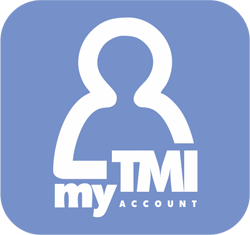 myTMI is a great way to personalize your TMI.ORG experience! You get exactly what you want, and more!

CredBadge™ is a proprietary, secure, digital badging platform that provides for seamless authentication and verification of credentials across digital media worldwide.

CredBadge™ powered credentials ensure that professionals can showcase and verify their qualifications and credentials across all digital platforms, and at any time, across the planet.

Please enter the License Number/Unique Credential Code of the certificant. Results will be displayed if the person holds an active credential from TMI.