How Micromanagers Could Be Crushing Your Talent 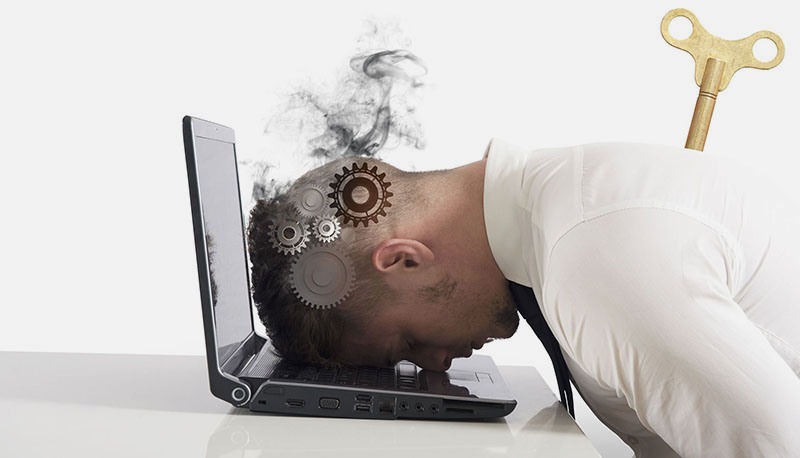 They can wreak havoc on your retention metrics, they can annihilate your employee morale and, last but certainly not least, they’re quite simply not worth the trouble they bring. Micromanagers are an unwelcome lot, and probably are the root behind the popular “people don’t leave their companies, they leave their managers”. This corporate personification of a chronic ailment is more prevalent than you might think. Research shows that eight out of every ten workers have faced a micromanager at some point in their career. Every single time, the result was extremely detrimental to the growth of, and in some cases, the very subsistence of the employers. What is startling in most cases, is that the micro-manager isn’t even aware of being one – their perception about the trait is often disguised under the veil of “increased productivity”, “enhanced efficiency”, and at its most exquisite “striving for perfection”. For the Talent Manager in an under-skilled market, the results translate to “increased employee turnover”, “enhanced toxicity at the workplace” and “striving towards organizational debilitation”. Micromanagement, by its nature, is an unnecessary complexity, but then, isn’t managing the complex the quintessential talent management trait?

THE SIMPLICITY OF MANAGEMENT AND THE COMPLEXITY OF MICROS

To put things in perspective, most often, the inherent nature of micromanagers can often be attributed to a few important but noteworthy traits.

Good Performers Themselves – Most micromanagers were once individual contributors, and have probably been star performers in their roles. But that was individual contribution to the organization; management is a strategic role, and managers need to get away from the meddling and delegate work while overseeing its execution. The result of meddling, an apt word to describe it, ultimately results in below-expected performance by the team.

Major Trust Issues – Micromanagers live and thrive on the principles of distrust. These “perfectionists” are psychologically incapable of trusting their own teams to accomplish their KRAs or a project. Identifying this trait at the outset and treating it from a psychological perspective may benefit the organization in the long run. However, some are just wired that way, and sometimes it’s best to reassign them or remove them, lest the team they manage remove themselves from the organization.

A Compulsive Disorder About Everything – Being a neurotic manager breathing down the neck of a peer or subordinate is borderline harassment, but most micromanagers seem perfectly fine with accepting this as a work style. That’s because it’s not just work, they are compulsive in their social and personal lives, too. Yet another trait that’s easy to identify, and rectify or align, from the talent management perspective. But as managers, they’re dealing with people, not objects, and sadly enough, fail to see the difference between the two.

Speakers, But Not Communicators – For most micromanagers, communication is a one-way street. This approach is archaic, ancient and certainly not becoming of a people manager in a 21st century corporate environment. What seems like a simple task for them often morphs into a grueling ordeal for the team and people they’re managing. Communication is the key in any organization, and micromanagers fail miserably at listening and empathizing with subordinates. Mutual respect be damned. 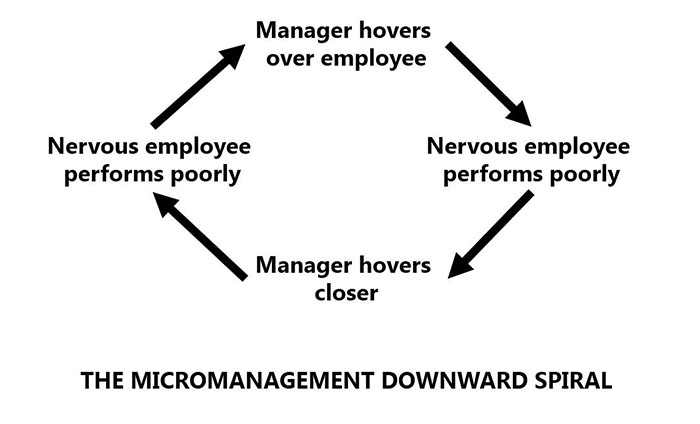 Hyper-stressed teams, resentment towards the organization, job-fog (zero clarity in the vision of the role that people are working in), and eventual retaliation. Not really the ideal situation for a team that’s seeking to thrive and grow. While the consequences are many, people eventually abhor the very prospect of working under the micromanager. This leads to many consequences such as:

Stagnated Employee Development – The weapon of instant and mass destruction of an organization. Overt supervision at every single stage makes the employees lose faith in their own capabilities, taking away their natural states of mind at work. When the micromanager has his tentacles in every minute function, employees cannot develop or hone their own skills on the job, and instead, choose to leave for better (more accommodating) prospects.

Complete Disengagement – The second biggest evil of micromanagement is the lack of loyalty towards organizational directives and vision. Most employees reporting to a micromanager start feeling unimportant, seeing as they do, their own work being done by the manager themselves, or at the very least, being directed at every minute aspect of their work or assignment. An extreme result in some cases, is the employee coming to completely rely on micromanagement by the manager for simple tasks that exhibit the sheer lack of interest and complete disengagement to get any work done.

What Loyalty? – Employee motivation, engagement and loyalty go hand in hand to create sustainable growth and competency building in the organization. Not when micromanagers are around, though. They lose any semblance of loyalty and initiative towards the team, being told what to do at every step. This, more often than not, results in entire teams moving out of the department or the organization.

Talent managers have the right, the power and the responsibility to route this scourge right at the outset. So what can they do about it?

Identify – Identify the traits that make a micromanager, replete with a checklist and complete behavioral assessment. Continuous feedback from employees in teams, at the granular level, going really 360 ® on the feedback mechanism about a manager will ensure that the assessment is drilled down to the exact managers who’re a part of the micro-managing segment.

Coach – Once identified, it’s time to remediate – constant behavioral coaching, trust building exercises within the team and leadership development training that emphasizes the importance of a strategic focus instead of a task based micro focus, go a long way. This is usually the best route to take to remediate the situation without any bloodletting in the organization.

Worst Case Scenario – For the pathological micromanager, there is no respite. Their behavior will simply not change because it is ingrained too deep within their psyche. The last resort for talent managers in this case is to reassign the incumbents to another team, department, or region in an individual contributor role. If this fails, ultimately letting them go may be necessary.

The 21st century business landscape thrives on employee empowerment and holistic, harmonious organization functions using the best in breed technologies. Sadly, micromanagers are a relic from days past when people needed army boot camp management. But that was decades ago in a different world. In a fragmented, disrupted corporate world where every business is looking forward to the next big thing, micromanagement is the speck in the rearview mirror that the progressive world has left far behind. Wouldn’t you rather look at the road ahead? 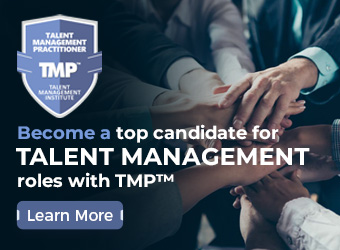 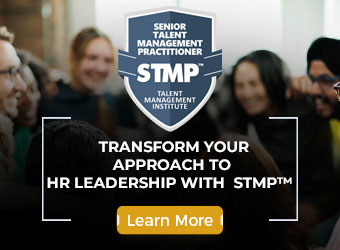 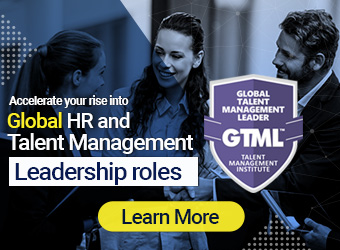 Never miss an update on the things you care about!

Sign up for the TMI newsletter and get the latest blog updates straight to your inbox.

Thank you for your Interest in TMI. Your subscription is now active.

Start Your Journey With TMI By Creating An Account Today.

CredBadge™ is a proprietary, secure, digital badging platform that provides for seamless authentication and verification of credentials across digital media worldwide.

CredBadge™ powered credentials ensure that professionals can showcase and verify their qualifications and credentials across all digital platforms, and at any time, across the planet.

Please enter the License Number/Unique Credential Code of the certificant. Results will be displayed if the person holds an active credential from TMI.